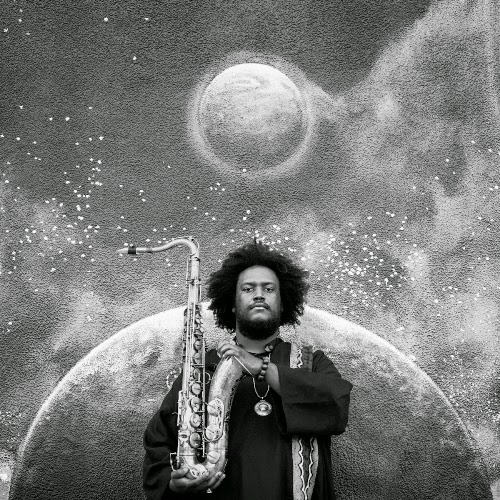 Kamasi Washington is a young tenor saxophonist who grew up in Los Angeles and studied at the Alexander Hamilton High Academy of Music along with several of his band members on this recording. There are glimmers of whats to come in the 2004 release Young Jazz Giants (sadly unavailable on LP) but the project really started gaining momentum after Washington worked with Flying Lotus, an electronic artist who also founded the label Brainfeeder. The Epic was already in the works when Washington was called in to help with the orchestration of Kendrick Lamar’s 2015 smash hit To Pimp a Butterfly, but this was the bump in recognition that finally got him the exposure and fan base to support the idea of a sprawling 3LP box set. The Epic is a wondrous production, based around an idea that Washington eventually hopes to detail fully in a graphic novel. He goes into great detail in the following interview (https://www.nytimes.com/2016/01/24/magazine/kamasi-washingtons-giant-step.html).

Musically, The Epic is a celebration of the second half of the 1960s, with its ever widening push “out” and the use of spiritual elements such as strings and chorus. Listening carefully, one can hear quotes from Wayne Shorter, Azar Lawrence, and Sonny Simmons, among others. Earlier this year, Washington was a featured artist at the Whitney Biennial, where he displayed a video project that accompanied his newest musical project, Truth